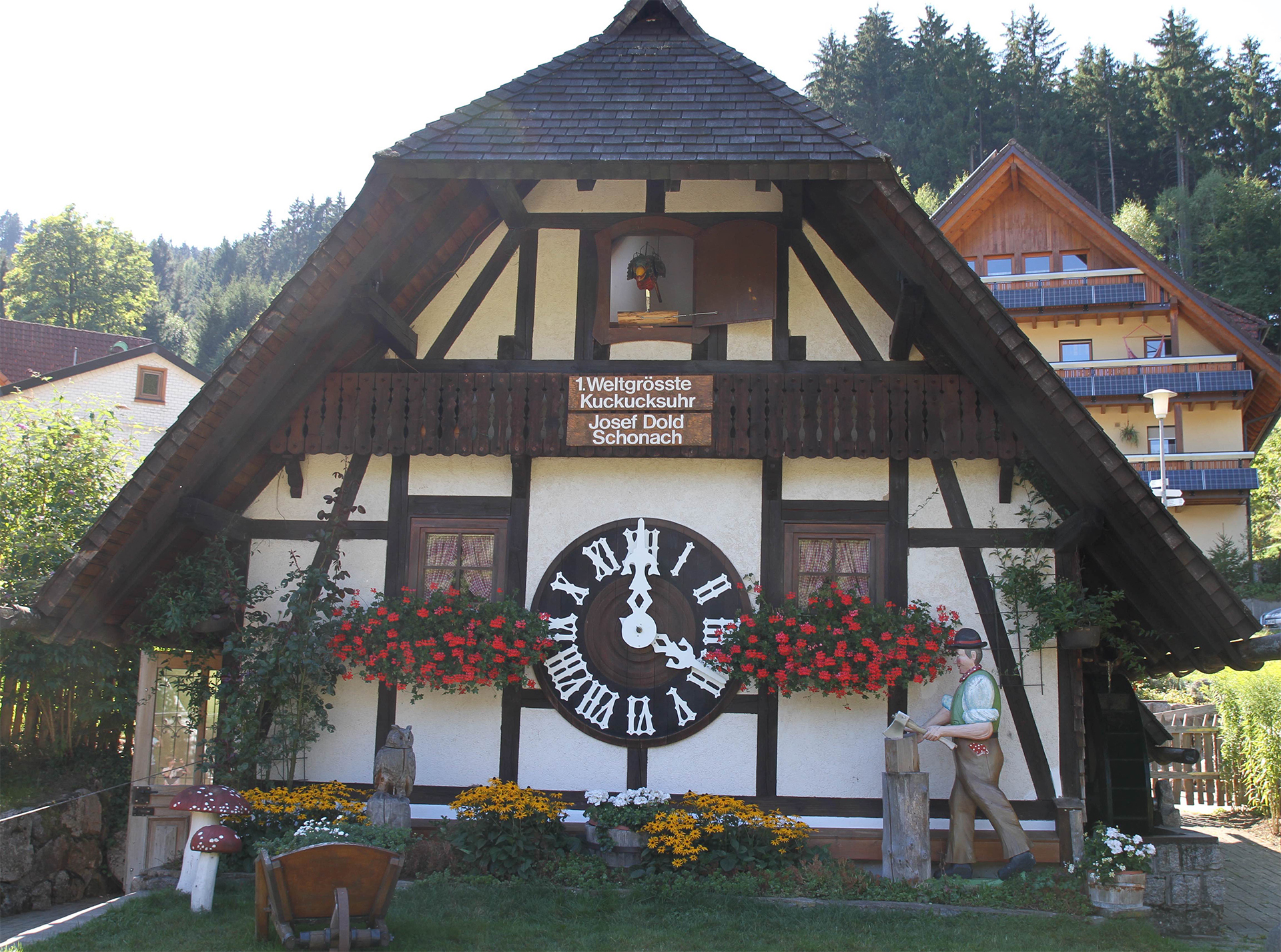 Posted at 14:42h in Uncategorized by admin
0 Likes
Share

The Black Forest is not black at all, rather an amazing green-forested mountain range located in the southwest corner of Germany. This name dates back thousands of years, when roman soldiers marched through this vastly uninhabited area that seemed very dark and eerie. The black forest has never been an eerie place, only enchanting!

The stunning beauty of this resort village, located in the heart of The Black Forest, draws visitors with its picturesque setting, historic significance, and forest-walking trails through the Ravenna Gorge where one walks through a fairy tale setting in the woods. Each step taken reveals the sites and sounds from a fairytale like Hansel and Gretel.

Away from the big cities, this village has recreations of the earlier way of life in the region. Learn how to make rope from a straw type grass; experience the art of glass bowing, visit the St. Oswald Chapel that is more than 850-year-old and see actual skeletal remains pilled high inside the church basement. Catch the daily trains as they cross the Ravenna viaduct high above the Bavarian styled Hotel.

This area was made famous by Marie-Antoinette as she passed through (1770) heading to Paris, and we all know how that ended. www.hofgut-sternen.de

The Black Forest gave the world the first cuckoo clock about the year 1630. Many think of the traditional chalet style, hand made cuckoo clocks where the mechanisms allow characters to dance, chop wood or fetch a bucket of water as the traditional bird pops through a small window singing “cuckoo-cuckoo.” Although popular, new-modern styles of cuckoo clocks are being created. Designed to appeal to the tastes of the most discerning individuals and elegant home interiors, these new style of clocks are becoming the new rage. Whether traditional or modern, an authentic cuckoo clock is hand made in The Black Forest and is a working masterpiece.

The new clocks are created in astonishing elegance with the familiar cuckoo sound. To see the clocks being made or purchase an authentic cuckoo clock creation, visit the “Rombach und Haas.” This company has been making cuckoo clocks since 1894 in the quaint town of Schonach. www.black-forest-clock.de

The village of Schonach is home to the first world’s largest traditional style cuckoo clock. This working clock is over 15m tall (50 ft) and every hour and half hour the window gates open and a large bird pops-out and bellows the cuckoo call for onlookers. The bird is almost 5m in length (approximately 15 feet). Visitors can check the interior and see how the actual supersized mechanical parts of the clock work. Of course there are various souvenirs and authentic clocks that one can buy. The clock provides a great spot for a selfie, if you hit the timing right, you may even get the cuckoo in the photo and another item can be knocked off your bucket list. http://www.germany.travel

The Black Forest provides one of the best known cakes in the world, the Black Forest Cake. One of the best places to have a large slice is in the town of Triberg at Chef Joseph Smetanjuk’s beautiful restaurant-“Landgasthof zur Lilie.” He creates his cakes in the traditional style, fresh everything! The most important ingredient are the cherries but the key ingredient is the cherry schnapps (40% proof and no less). The layer upon layer of real cream, cherries and schnapps sandwiched in between the pastry sponge layers, and “heir ist” (voilà) a gourmet masterpiece that is enticing and enchanting. One slice is just not enough! Forget the calories, think of the amazing taste! www.germany.travel

5) Taste your way along The Distillery Trail:

One of the most unique trails in the world, located in the town of Oberkirch, is the only place where one can walk/hike through picturesque rolling hills, a variety of fruits, grape farms and get a free schnapps drink. Over 890 family distillers are located along the route so bring a small glass or purchase one from a distillery along the way. Distilleries are family owned and are known for producing the highest quality schnapps and liqueurs in the Germany, including the famous cherry liqueur required to make the Black Forest Cake. The distillers farm and harvest their fruit and create amazing schnapps flavours like chestnut, apple, pear, cherry and the list goes on. Schnapps is distilled on the properties from recipes handed down from generation to generation and most is 40% alcoholic content (when it first comes out of the stills, it is more than 75% alcoholic content). The samples along the route are free but distillers rely on your honesty not to over indulge. www.germany.travel

Enjoy a favourite tradition…a performance by a regional orchestra, complete with local costumes. The sound resonates as drums, tuba and cymbals lead the beat. If your luck prevails, some groups play at various outdoor venues and tourist gathering spots. They give very memorable performances. The music is traditional and always invite on-lookers to dance to the music and learn a little of their traditions. Orchestras range from a few people to 25 or more, depending on the musical ability/availability of the surrounding community. Many pull in band members from other communities throughout the Black Forest to play the most unforgettable German folk music.
www.germany.travel

Completely destroyed and rebuilt to is original grandeur after World War 2, the Old Town of Nürnberg is one of the most beautiful and historic towns in Germany. People will tell you it is best explored on foot, but I say a bike rental is the better way. Ride along old cobblestone streets, stop in front of the towering gothic styled churches, and wheel through the magnificent hilltop Imperial Castle overlooking its kingdom. The castle was one of the most important residences of the Holy Roman Empire emperors.

Ride over bridge after bridge through colourful markets, shopping areas siting sculpted fountains telling tales and astonishing scenery depicting the beauty of Nürnberg. It is best to rent one by the Imperial Castle because it is a downhill ride from there.
www.germany.travel

8) Have a world famous Nürnberger:

The Nürnberger is made with the Nürnberg Bratwurst. It is so flavourful, unique and famous that this Bratwurst is protected under European Union law.

Nürnberg Bratwurst measures slightly larger than a plump adult finger. Because it is small, restaurants serve 6 on a plate accompanied with Sauerkraut or potato salad. A Nürnberger is made-up of three of these bratwurst in a white bun (condiments are not always necessary)…it is the culinary craze in Nürnberg. Restaurants, like the “Bratwursthäusle” (Bratwurst House) in Old-Town Nürnberg make thousands of enchantingly delicious Nürnberg Bratwurst everyday. www.bratwurst-haeusle.de

Frank Greco is a world traveler and television producer of two culinary series called Gourmet Escapes and The Mangia Cake Boys; and host of his own internationally broadcast travel show-The Travel Guy.  In Canada The Travel Guy is broadcast through MBC network, check local listings (Bell FibeTV & Videotron). Follow Frank on Twitter (www.twitter.com/iamthetravelguy) or become his friend on Facebook.